Kissamos ( or Kastelli ) is a modern seaside town located 36 km west of Chania. It has a population of approximately 5000 inhabitants.

Economy and the town of Kissamos

Its economy is based both on the production of agricultural products. With famous Kissami olive oil and wine, as well as on tourism and trade even though the region is still considered developing. A comparative advantage for the city of Kissamos is that it has preserved its picturesque character. And the tourist development it has received has not altered it much. So far from impersonal mass tourism, the visitor to Kissamos will have the opportunity to spend his holidays among the locals and get to know their customs and traditions through a series of rich cultural events organized during the tourist season. 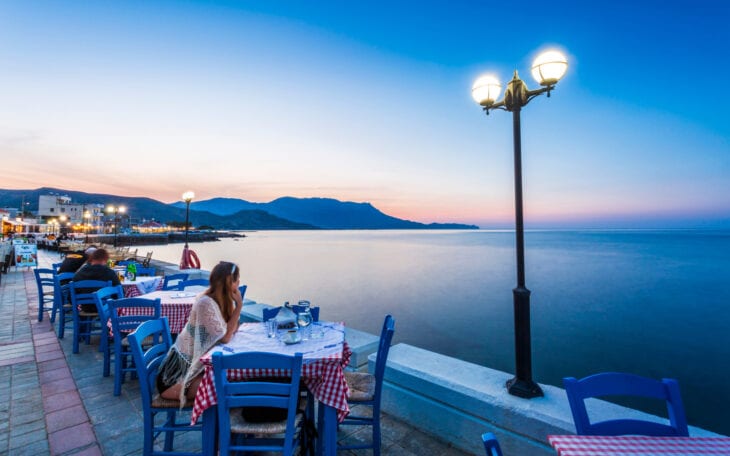 Kissamos is a welcoming town and well-organized. There are banks, a post office, a health center, shops of all kinds, and of course coffee bars and restaurants in various parts of the city in the center and on the beaches. Kissamitiko port is the connecting link of Crete with Kythira and the Peloponnese, while there is also a rare route to Piraeus. Also, in the summer, excursion boats depart from the port every day to the island of Gramvousa and the lagoon of Balos.

The beach of Teloneio is special, where along a pedestrian street next to the sea you will find a collection of café-bars and restaurants open from morning until late at night. 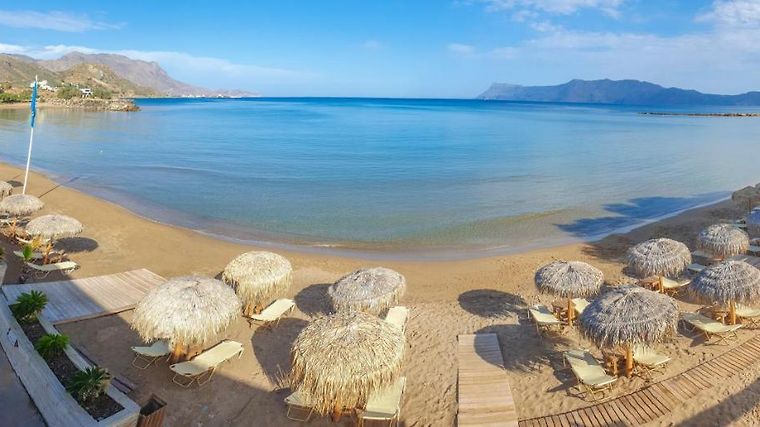 The Archaeological Museum of Kissamos is located in the central square of Stratigou Tzanakakis. It is a preserved building with modern spaces that hosts remarkable finds of the area from the Roman Hellenistic times. Very impressive are the mosaics that have remained unchanged over the years.

Skalidi Street is particularly picturesque, with its small shops and cafes, it has been the old center of the city’s “old market” until today. The architecture of the preserved buildings with the traditional arches is characteristic. 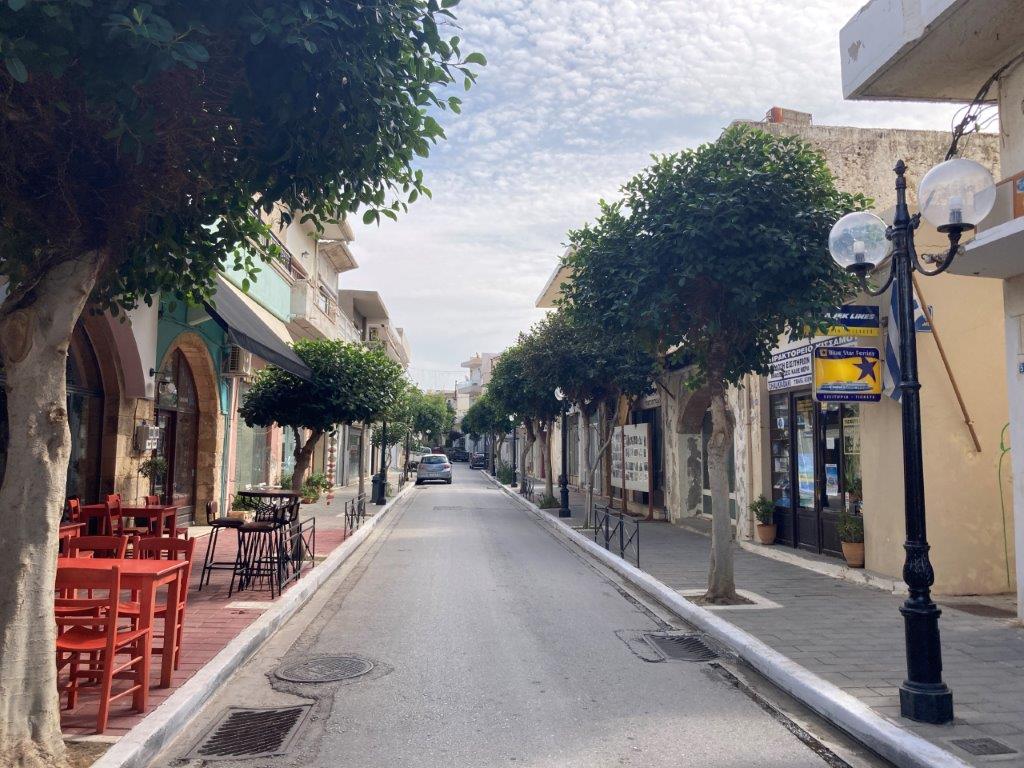 Limni is a small picturesque fishing harbor (1.5 km from the center). With the fish taverns located there is a key element of the traditional side of Kissamos. Also, the small church of Ai Giannis Damaris. It was built inside a rock from the 10th century (reconstructed in 1947), and next to it a small beach with pebbles. 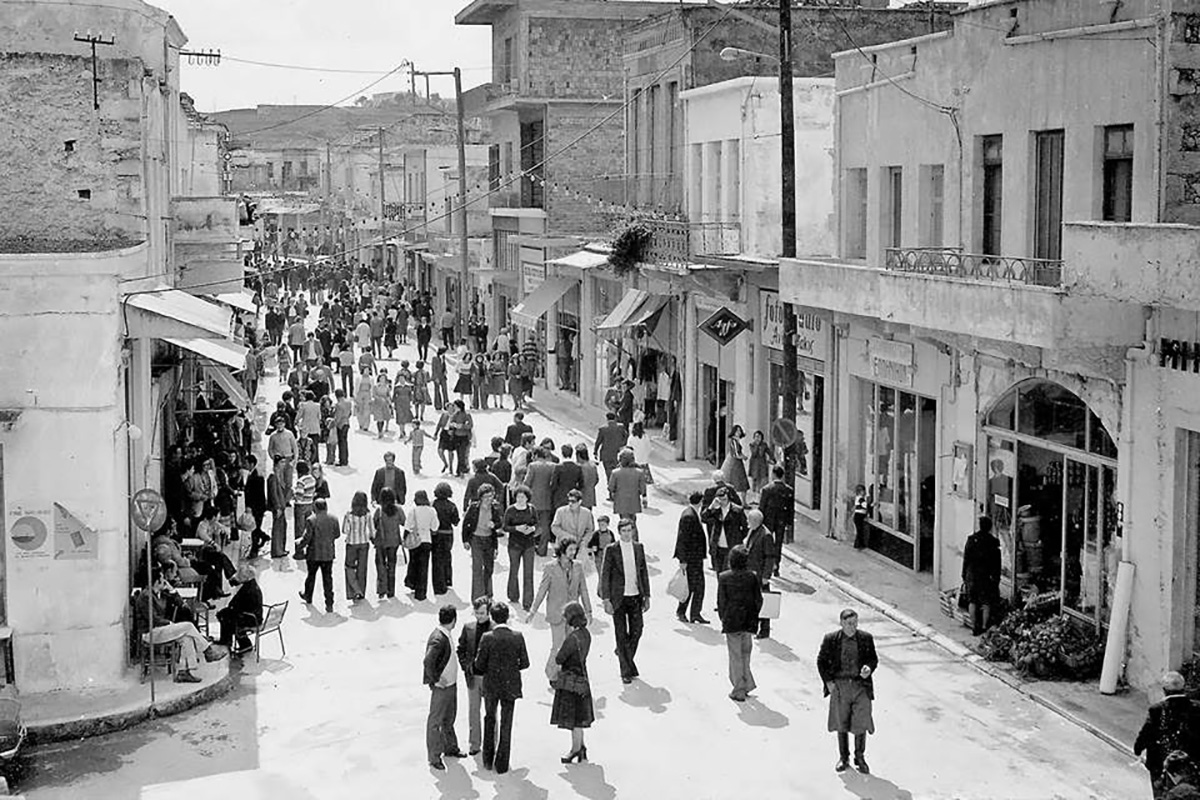 Kissamos or Kastelli, the capital of the province of Kissamos. Got its name because of the Venetian fortress of Kissamos (Castel Chissamo) and preserves intact the pre-Greek name. Of an ancient settlement that was in the same place. Pliny mentions Cisamon and Ptolemy Kissamos’s polis. Its port was located on the current beach of Mavros Molos.

The city developed especially during the Roman period. From this date, most of the surviving finds are scattered around the city. We can still make out today the Roman baths, the mansions with mosaic floors, the Roman cemetery, and the Roman aqueduct at Krya Vrysi. As well as the remains of the fortress walls. Roman Kissamos had a famous theater and amphitheater as reported by Onorio Belli, who saw their ruins at the end of the 16th century. Its citadel is also preserved at the location of Seli half an hour west of Kissamos where B. Theofanidis excavated a pre-war Mycenaean sanctuary where, according to tradition, Mycenae was founded by King Agamemnon.

Kissamos maintained its prosperity during the First Byzantine period when the Diocese of Kissamos was founded. During the Second Byzantine Period, Episkopi was moved to the current village of Episkopi to avoid raids by corsairs. At the time of Venetian occupation, the diocese of Kissamos came under the Catholic Church. And a Latin bishop is mentioned in 1307.

During the period of the Turkish occupation. Kissamos actively participates in all the revolutionary attempts made to shake off the Turkish yoke. So they can unite with mother Greece. But also during the 2nd world war. The participation of the city and the entire province against the Nazi occupation is enviable.